Year 1 are taking part in an exciting Lego mission! Each week pupils will visit Goldthorpe library where they will embark on a different Lego challenge.

Keep visiting this page to see what our Year 1 Lego champions are up to each week. 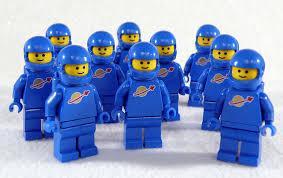 This week in the six block challenge we played a game. We rolled a dice then had to add that number of our bricks to the model. We made some really interesting things!

We worked in teams of four this week to build a Moon base. We looked at photos and drawings of objects that might be found on a Moon base then used the bricks to create them. We worked individually and as part of a team.

Look at our fabulous Moon bases:

This week we made a cube with our six bricks!

After that we thought carefully about a journey we have been on. We talked about what me would need to pack for a long journey to the Moon, what we would need to help us explore the Moon and what supplies we would need with us on the Moon. We used the bricks to build the things that we would need. We built a couple of things by ourselves then we built the rest as a team.

At the end of the session, we talked out the things that we had built and why we would need them for a journey to the Moon.

During our six brick challenge this week we worked together to build a tower tall enough to reach the moon!

Then we read this poem together:

We are in a rocket,

To fly up to the Moon,

Towards the stars, the Sun and Mars,

We'll be there very soon.

Our challenge this week was to follow instructions to build a rocket. After that we used a variety of other bricks to build rockets from our own designs. We discussed our rockets with all the other children and made up a story about exploring the moon for the first time.

This week we started with the six brick challenge again but this time we were even more imaginative! You could tell that everyone had been practising with their six bricks at home!

Our mission this week was set by the characters in a comic strip, they asked us to think about the objects we may see in space. Then, in our teams, we used our creativity and imagination to build rockets, space stations, moon buggies and much, much more. Finally, we put our models together on the moon mats to make a wonderful space display. We talked about how our models were the same/different and explained the function of each object.

We have really started to grow in confidence and this was reflected in our creativity and in the vocabulary we are now using. But most importantly we had lots of fun again!

Our first mission was called 'What can we Build?'

We then studied some pictures of space, the solar system, Earth and the Moon. We shared the information we already know about space then we explored what it would be like to live on the Moon and thought about the ways in which it would be different to living on Earth.

Inspired by the pictures and discussions, we were allowed to use all of the Lego available to us to build anything we wanted. We discovered that some Lego pieces have functions that make them spin, roll and swing. There are even gears that turn!

Look at some of the amazing models we created ...….