Literacy - In this weeks Literacy we have explored features of newspapers. We used a newspaper article describing the assassination of Archduke Franz Ferdinand as a stimulus. Later we found out that historians believe his death was probably the cause of World War One. This links nicely to the story book War Horse which is set around the time period of 1914.

Mathematics - Fractions galore! This week we have compared, ordered, simplified and used a range of strategies to explore fractions. Please take a look at our step-by-step guides!

Finding the highest common factor is the most efficient way of simplifying fractions if there isn't an exact multiple relationship between numerator and denominator.

Literacy - This week we moved onto our new unit - Newspapers. We identified the key features of newspaper. These include: a headline, caption, direct speech, reported speech and the 5 W's (who, what, where, when and why).

Mathematics - We completed our unit on the four main operations by investigating remainders. Then we started our new unit of work, fractions.

Science - We investigated how microorganisms grow on bread. We discussed how to make a scientific experiment fair.

We learnt several skills to develop a powerful sentence.

3 - ed sentence - "Desperate, determined and undeterred, I continued to teach him how to plough."

Outside (Inside) sentence - Thinking about what a character may say and using this as the main clause followed by a bracket, describing how the character my be feeling. We discussed who what somebody says, may be different to how they feel.

Emotion, comma sentence - Opening up a sentence with an emotion e.g. nervously, exhausted and excitedly can help to bring emotion to a sentence and explain what emotions the character may have.

This week we have developed our understanding of division. First we began using our known number facts to solve problems. Then we moved onto short division (see video) and finished off the week using long division with remainders (see video). Next week we will apply these skills with problem solving.

On Thursday we took part in our very own television show about healthy choices..."Ready Steady Cook!" We had a fantastic time and tried a range of vegetables and fruits.

A step by step video of how to carry out short division (bus stop method). This may come in useful with homework :)

Literacy - This week brought us closer to unpicking the work of Michael Murpurgo. We identified different types of pronouns and how to use relative clauses in our writing for effect. On Thursday we experimented with using fronted adverbials and how they can bring a sentence to life giving the reader an indication of time and place of an event.

Maths - We spent this week building confidence with solving mulitiplication problems using a variety of skills and known knowledge; known number facts and written methods such as short multiplication. We then applied these skills whilst problem solving.

Topic - This week we used a range of evidence sources to gain an understanding of events that led to the collision of HMS Titanic and an iceberg. We then discussed how small changes to decisions made could have changed history from what we know it to be!

Finally, we ended this busy week with a collective worship led by two members of the class. The chosen reading made us reflect on our own lives and how we motivate ourselves and others.

Multiplying a two digit number by a decimal

A step by step guide of how to multiply a two digit number by a decimal.

This week brought plenty of rain to Goldthorpe, however this didn't dampen our spirits!

In Literacy we used all our pre-learning to re-write Chapter 1 of War Horse (Photographs to follow).

We helped our school community by being involved in the clean and tidy of our outdoor environment - aided by our friends at Capita. Our roles included weeding the flower beds, planting seeds and sweeping up the autumn leaves!

This week we have continued to investigate the writing skills used by Michael Morpurgo. We used the power of fronted adverbials to make a bank of interesting sentences ready for our end of unit write next week.

In RE we learnt about Paul (who was previously known as Saul). Paul converted and became a follower of Jesus Christ. He went to Crete and told the stories of Jesus' amazing work. We reflected upon this and had thought provoking discussions about how Paul's work could affect our own attitude and behaviour. 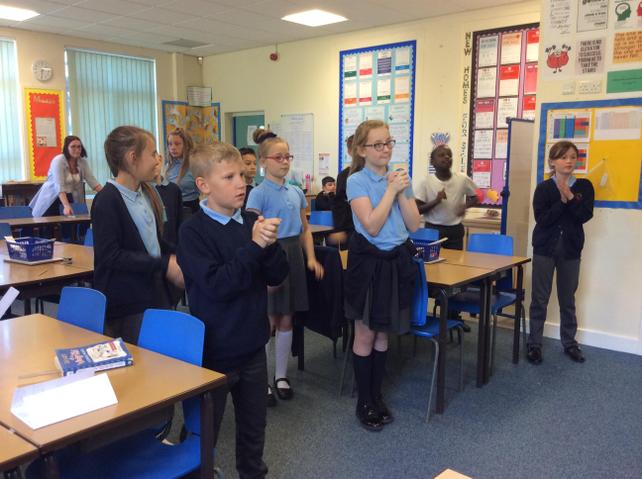 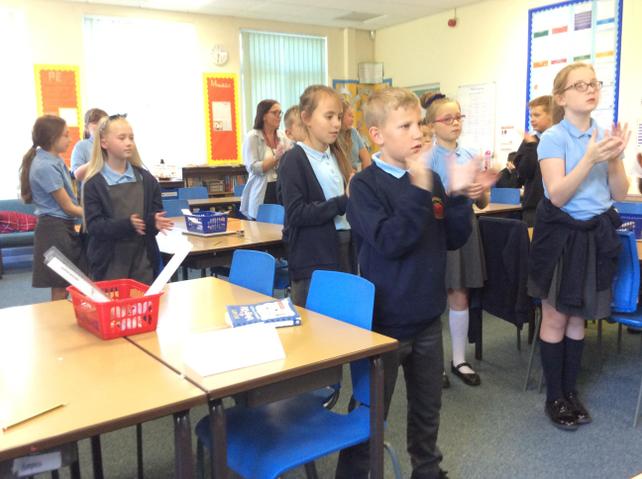 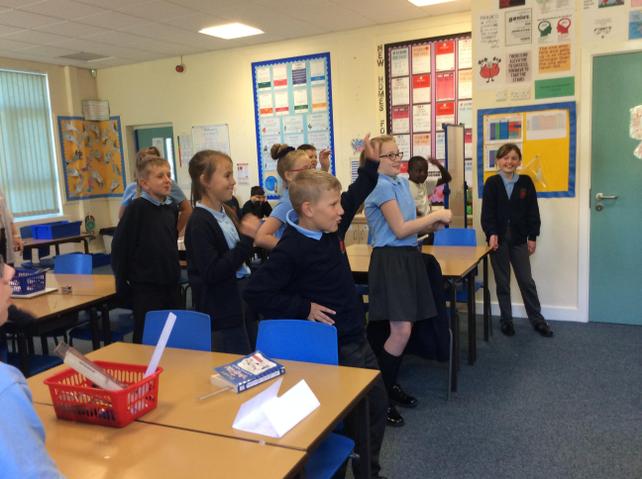 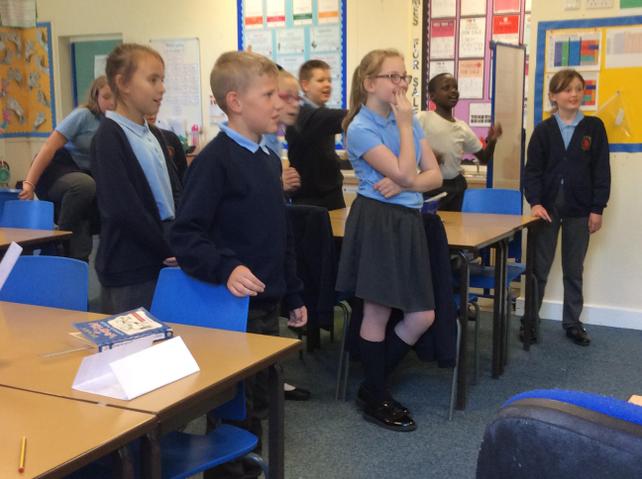 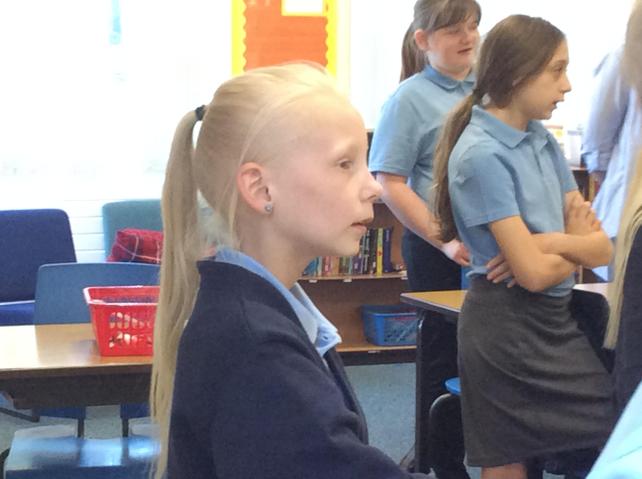 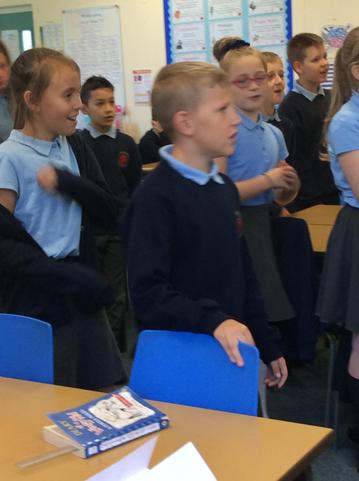 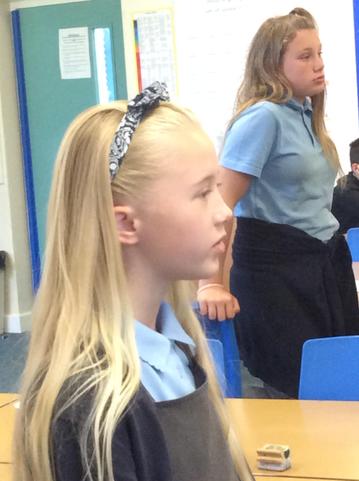 Literacy - This week welcomed our class reader - War Horse by Michael Morpurgo. We were introduced to the main characters of the story Joey and Albert. We investigated the sentence structure used by Michael Morpurgo and wrote our own simple, compound and complex sentences.

Maths - We have practiced reading and writing (both in digits and words) 7 digit numbers. Sometimes reading a 7 digit number out loud can be a real mouthful! We have used < (less than) and > (greater than) to create number sentences. Finally we have applied our knowledge of rounding numbers to the nearest 10, 100, 1000, 100000, 100000 and 1000000 using practical situations!

- We were welcomed to our topic "Frozen Kingdom." We studied the similarities and differences of the two poles (Antarctic and Arctic).

- In Spanish we learnt about the weather (el tiempo). This week has brought us la lluvia (rain), la nube (cloud) and some el sol (sunshine). We hope for plenty of el sol next week!

This week in class 5 we were introduced to the concept of Unconditional Love in our RE unit called Loving. The root of unconditional love is understanding and forgiveness. The greatest and ultimate example of this type of love is Jesus Christ. 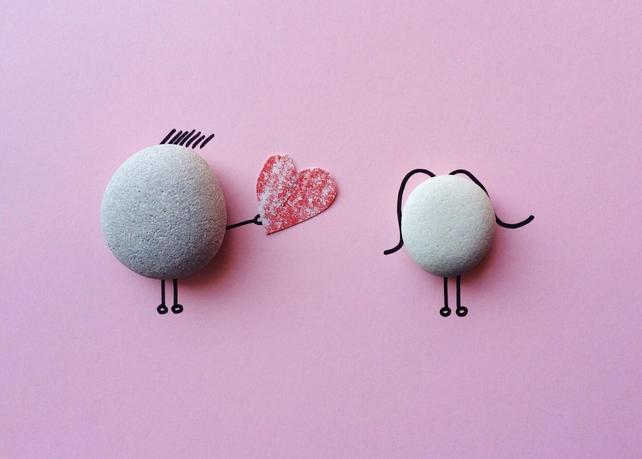 Welcome to class 5! We aim to be the very best we can be, celebrate our successes and learn from our mistakes. We loving learning and believe in a growth mindset.

During our first week in class 5 we discussed the benefits of a growth mindset and how it will help to strive to reach our ambitions both in and out of school.