Our final week before half term our class put on a wonderful assembly, telling the story of The Last Supper and what it means to love one another - huge thank you to all parents and friends who attended! Also, well done to our winner and runner up of the Easter egg competition we had some eggcellent entries!

Enjoy your half term!!

We had lot's of fun this week on our trip exploring York and visiting the Jorvik Viking centre - we also had a great time at DIG where we attended a workshop on battle tactics ... who knew we could shout so loud 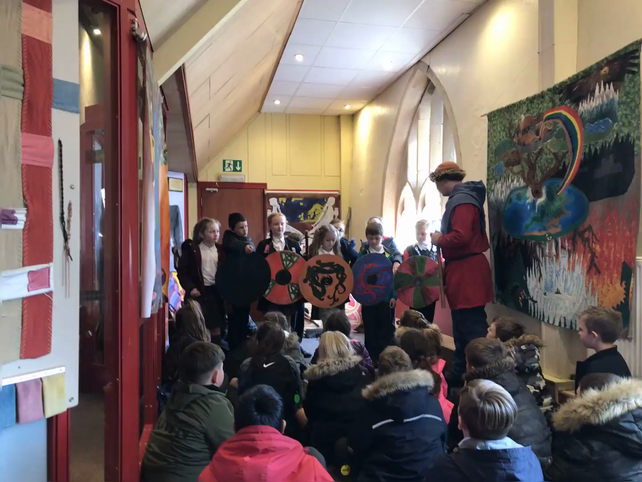 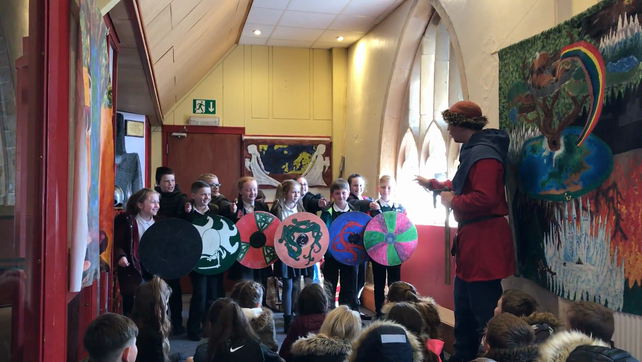 This week we have been hot seating in Class 4 and have imagined ourselves at the scene of the Anglo-Saxon invasion in order to create some great newspaper reports.

This week we took a closer look at the timeline of the Anglo-Saxons and Vikings in Britain and began to create our own timelines.

This week we had the chance to take part in a dance class in the hall. For many of us it was our first time as we are usually swimming, but we picked it up very quickly and thoroughly enjoyed ourselves!

We had parents afternoon in Class 4 this week and each made our very own Viking longship, we have continued with them throughout the week and they are looking amazing. Thank you to all the parents who attended, I hope you had as much fun as we did!

Class 4 have had a very busy first week back!

We have been very lucky to have a West End dancer in with us helping us retell a story in the form of dance, which we all really enjoyed!

We've also taken part in a multi-skills competition, which was lovely in the sun!!

AND to kick start our topic we have been studying maps and looking at where the Anglo-Saxons came from and where they settled.